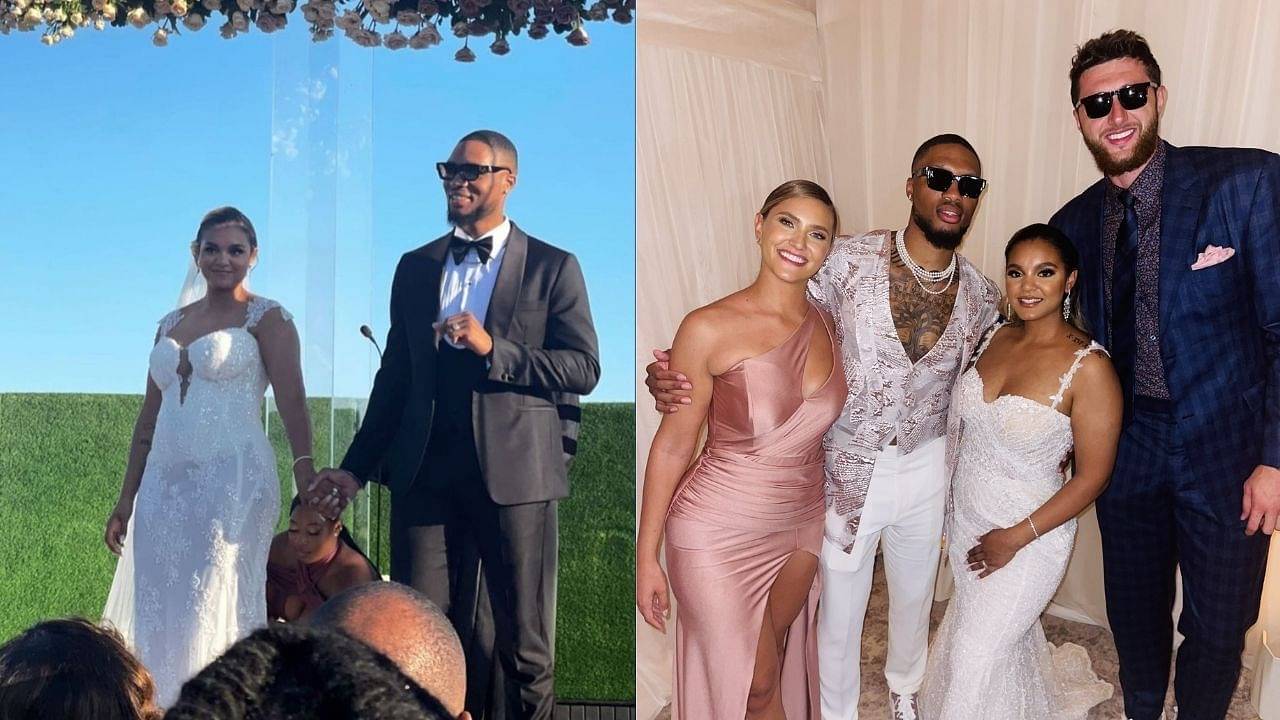 This offseason has been very busy for Damian Lillard. After the Blazers got eliminated in the first round of the playoffs, there were rumors everywhere about Lillard wanting out of Portland. For the longest time, the biggest noise was coming from the Lakers’ camp. However, after the Lakers acquired Russell Westbrook on Draft day, it shut down those rumors.

Also Read: “I will quit if LeBron James wins another title before my Clippers do!”: Clipper Darrell makes a massive statement regarding his loyalties ahead of the upcoming season

Apart from that, Damian Lillard was also part of the 12-man squad that represented Team USA in Tokyo. They competed hard and ended up bringing home the Gold Medal. However amidst all this, one of the biggest moments of Damian Lillard’s life went unnoticed. In a small ceremony, the Blazers’ superstar tied the knot with his long-time girlfriend Kay’la Hanson.

Damian Lillard is one of the most low-key NBA superstars. He does not like to disclose much about his personal life. The same happened when he tied the knot this weekend. Instead of having a big, lavish ceremony, he had a low-key ceremony with his long-time girlfriend.

As expected, his Blazers teammates were in attendance for the big day. CJ McCollum, Evan Turner, Tim Frazier, and Jake Layman were spotted on various social media platforms. Blazers’ big Jusuf Nurkic flew back from Europe to attend his friend’s wedding.

@bosnianbeast27 is a real one. He was in Europe, but he flew back to Portland to attend @Dame_Lillard’s wedding. That’s a real friend that everyone needs in their lives pic.twitter.com/uT91FAiOrF

Also Read: “Drake is trying to re-ignite the beef between LeBron James and Kanye West”: NBA Twitter reacts to the Lakers’ superstar catching a stray diss from Ye

Apart from the NBA stars, there were also stars like Snoop Dogg and Common in attendance. They added a spark to the reception with their performances.

Snoop Dogg @SnoopDogg blowing the roof off the Damian Lillard @Dame_Lillard wedding. Lots of NBA names in the crowd pic.twitter.com/Zbp1Z8Bj2s

After a tiresome offseason, Dame deserved to have something special. We wish the newlyweds all the best for their future ahead.