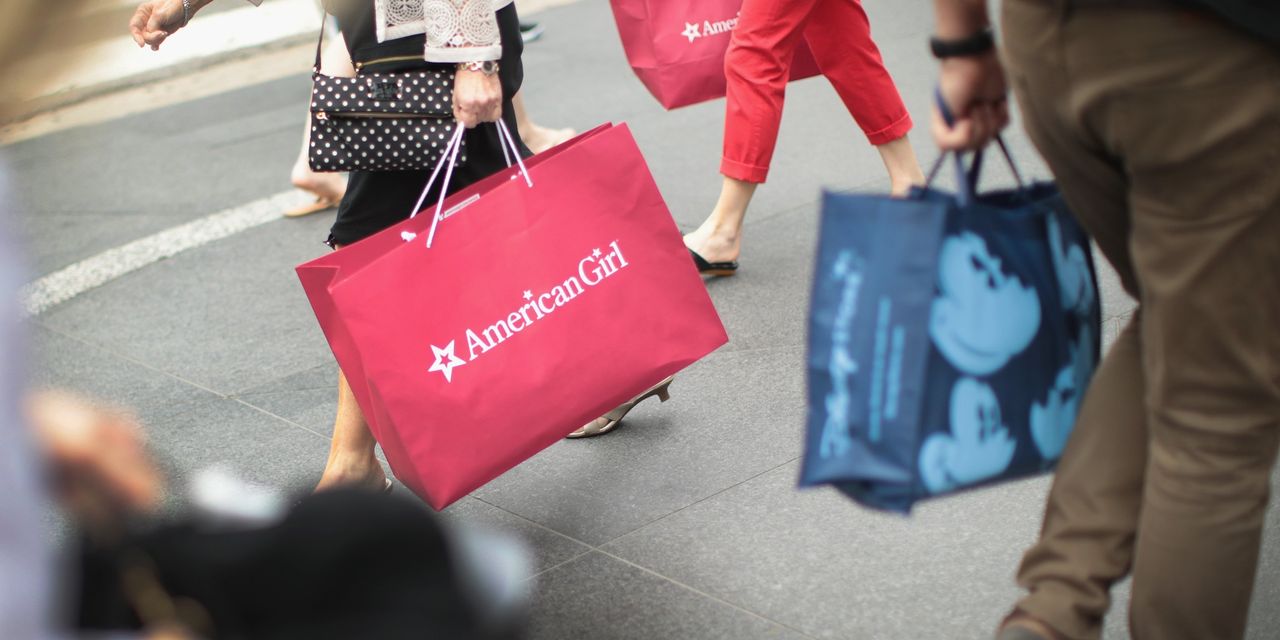 Thursday’s strong, but disappointing, U.S. second-quarter GDP figure may be something of a warning flag for Federal Reserve officials.

There’s a risk that economic growth going forward could come in below forecasters’ estimates, leaving the U.S. mired in a slower-than-anticipated growth pattern for 2022 and possibly 2023 after a sharp, but short, recovery from the Covid-19 crisis, says Eric Vanraes, a Geneva, Switzerland-based bond portfolio manager at Eric Sturdza Investments, which managed $2.9 billion as of June.

And that’s bad news for the Federal Reserve because policy makers may have already missed the “sweet spot” for pivoting toward a more hawkish policy stance, Vanraes said via phone Thursday. At the conclusion of a two-day meeting yesterday, central bankers indicated they would use coming meetings to assess whether enough progress has been made to start tapering their $120 billion in monthly bond purchases — suggesting the process could get underway later this year.

“The problem is that, even before the Covid crisis, we were anticipating a U.S. slowdown in 2022,” Vanraes said. “Now we have had a relatively sharp recovery, followed by a less-than-sharp GDP number today. We do not exclude a slowdown in one year or 18 months from now and if there is one, it will be very difficult for the Fed to become more hawkish when it needs to. So it’s a bit complicated.”

Vanraes isn’t alone. Dan Eye, head of asset allocation and equity research at Fort Pitt Capital Group based in Pittsburgh, says the biggest risk in financial markets right now is that “valuations are high, with the S&P 500 index trading at 21.3 times earnings, along with very aggressive positioning, and there’s not much of cushion out there for any type of unexpected outcomes.”

One such unanticipated outcome might be that U.S. growth doesn’t live up to expectations in the second half of this year, and into next year and 2023, Eye said via phone. “Investors are positioned for positive outcomes as far as the eye can see, and the Fed’s easy policy has worked like a charm so far,” he says. “So how do you wean markets off aggressive stimulus on the monetary side when that time comes?”

The U.S. economy has returned to its pre-pandemic size, with gross domestic product in the second quarter surging at a 6.5% annual pace. That’s below the 9.1% rate expected by economists polled by the Wall Street Journal. And real yields, or yields adjusted for inflation, are trading at or near record lows — pointing to concerns about the economic outlook.

Vanraes and Eye, whose firm manages more than $4 billion, aren’t suggesting that policy makers should have already started the tapering process; rather, they say that by waiting too long to scale back on monthly bond purchases, U.S. policy makers could find themselves stuck in the same “corner” as the European Central Bank. Last week, the ECB signaled that it would support the eurozone economy by keeping interest rates low for longer. Analysts say the ECB may not start to increase interest rates until 2024 or 2025, and would likely continue to buy bonds under the bank’s €1.85 trillion emergency bond-buying program, equivalent to $2.2 trillion, beyond the current timeline of March 2022.

Unlike some forecasters who expect the Fed’s next tapering signal to come in August, Vanraes expects the Fed to lay out its plans in September or December and to start pulling back on purchases in the second or third quarter of next year. Policy makers need to wait for more encouraging employment figures to come in, but “it’s becoming risky and dangerous to wait,” Vanraes said. “Equity markets are very nervous and it’s not the role of the Fed to add to those fears. They need to taper not too early and not too late, but somewhere in the middle.”

As an investor, “it’s become too complicated to take a huge bet on duration in portfolios today,” he says. “At the same time, it’s too difficult and dangerous to short the 10-year Treasury because the Fed is still purchasing 10-year Treasuries. So we need to stay neutral on duration today, unfortunately, and to continue to buy very high-quality corporate bonds. We don’t have a clear view and we cannot exclude the risk of another government-bond rally.”