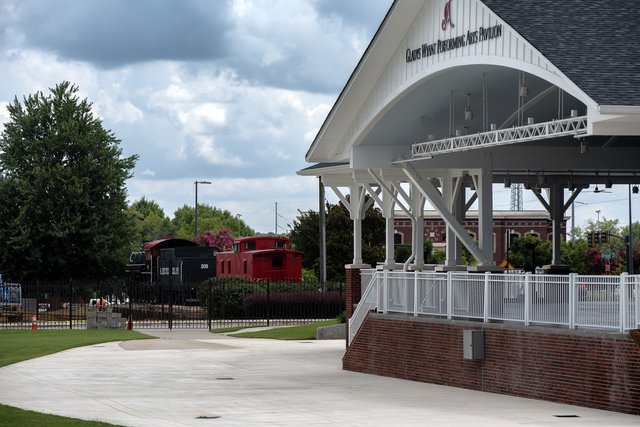 The conditions included dedicating 40 Bourbon Brothers parking spaces for Arts Council use 12 times per year, similar to the 2018 agreement. Conditions also called for moving the outdoor patio space to face Jesse Jewell Parkway instead of Broad Street, planting trees between the two venues on the Bourbon Brothers side of Broad Street, no entrance to the restaurant or concert venue on Broad Street and requiring no amplified outdoor sound on Friday or Saturday evenings, except for 26 days per year.

The board voted to recommend approval of the project at the meeting without including the conditions presented by Reeves, though the board had not seen those conditions before the meeting.

The application will go before the Gainesville City Council on Aug. 3 for a final vote.

“We would like to be able to use our venue whenever we want to and not be dictated by another entity that has not been here,” Wyant said.

Robert Mudd, chief operating officer of B Entertainment, said his company is willing to grant The Arts Council those parking spaces 12 times per year. It also offered to plant a natural barrier on The Arts Council’s side of Broad Street, though Wyant said they would prefer the noise buffer to be on the other side of the street.

Mudd said he has met with The Arts Council on several occasions since April in an effort to hear and respond to concerns.

“I think that The Arts Council is a treasure of Gainesville, and I see significant opportunity to partner,” Mudd said at the July 13 meeting. “It’s going to truly become an asset to the city of Gainesville.”