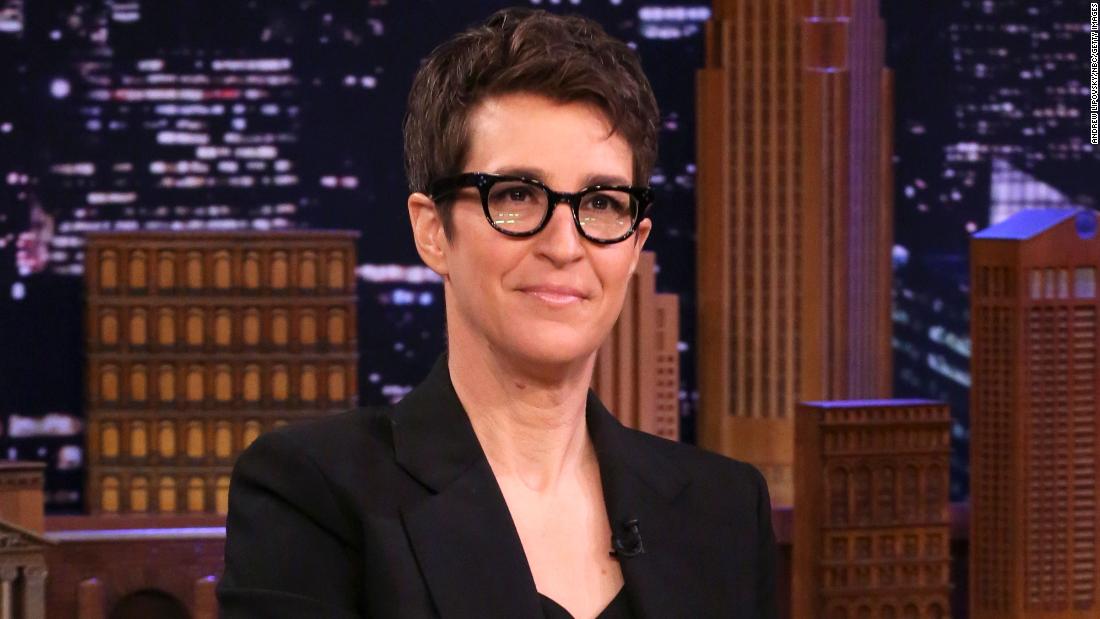 Maddow may ultimately decide to renew her contract with MSNBC’s parent, NBCUniversal, the sources said. That’s what usually happens in these situations. But difficult negotiations with NBC have made her departure appear somewhat more likely.

The Daily Beast reported earlier Thursday that Maddow is “seriously considering leaving the network when her contract ends early next year.”

Spokespeople for Maddow and MSNBC declined for comment to CNN Business. One of Maddow’s agents, Endeavor’s Mark Shapiro, told the Beast that “nothing has been decided. We are deep into it with NBCUniversal and Rachel has an excellent relationship with them.”

If Maddow were to leave, it would be a serious blow to the fortunes of MSNBC, where she has hosted “The Rachel Maddow Show” since 2008. Maddow is the channel’s tentpole star, drawing a larger audience than any other single host.

Maddow associates have said in the past that she has mixed feelings about the grind of a live nightly program. She has a reputation as a very hard worker behind the scenes, poring herself into scripts and segments in the hours leading up to 9 p.m. Eastern.

One vision for Maddow’s media future looks like this: A multimedia smorgasbord fit for the Substack era, built around direct relationships with paying subscribers. One of the sources said newsletters, podcasts and streaming TV shows have all been discussed.

With a subscription model, Maddow wouldn’t be making a guaranteed sum of money, like she will if she renews her contract with MSNBC, but if she successfully converts many of her television viewers into subscribers, she could make a whole lot more.

That’s the gamble numerous media personalities have been making as they have launched direct-to-consumer businesses in recent years.

Maddow would surely have other television and streaming suitors, as well. A weekly schedule, like John Oliver has for his HBO show, might be appealing to Maddow, since it would give her a regular presence without the pressures of a nightly show.