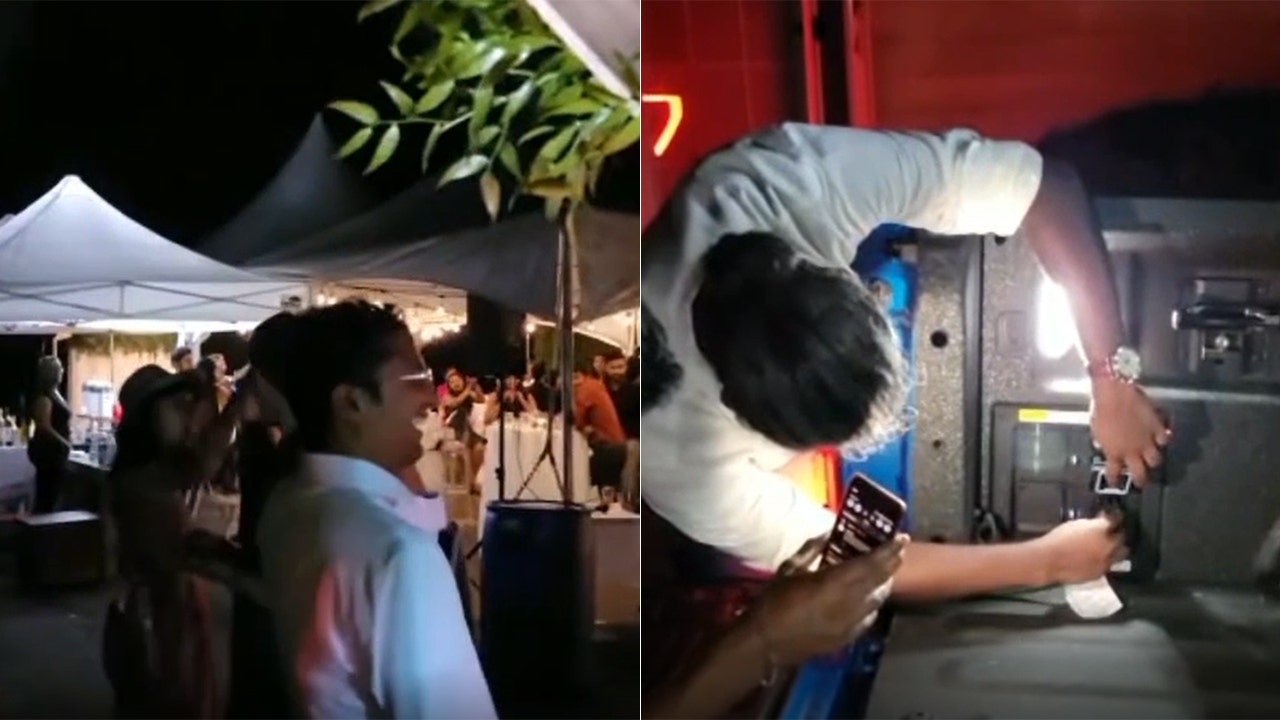 Well, not exactly, but one of the hybrid pickups did save the night at an outdoor wedding reception in Michigan last week.

Married Ford engineers Harish Thiruvengadam and Swetha Shailendra were at the event in Farmington Hills, which was delayed a couple of hours by heavy storms that passed through the area, when the power went out  in the neighborhood around 10 p.m.

“Everything was going fine, it was a great party, actually, and out of the blue there was a power outage,” Thiruvengadam told Fox News Autos.

After he realized it was more than just a tripped circuit breaker, Thiruvengadam remembered they had their F-150 PowerBoost with them, which has a powertrain that can double as a 7.2-kilowatt generator and outlets in the bed.

So he rounded up the extension cords for the lights and music, plugged them in and “boom, that worked so well with just the flick of a switch.”

According to Ford, the generator feature can run at full output for up to 32 hours on a full tank of gas, and Shailendra said it powered the party until around 2 a.m.

Many of the guests worked in the auto industry for other car companies and Thiruvengadam said they gathered around the truck, which wasn’t making much noise like the backup generators of the surrounding homes.

“The people are honestly very surprised and wondering if their car, their vehicles could do it and then we explain them about the hybrid the benefits of it.”

It wasn’t the first time the F-150 PowerBoost came to the rescue in this kind of situation. Shortly after it went on sale last fall it went viral for being used as a generator during the Texas blackouts.

Thiruvengadam and Shailendra had even used it for this purpose before.

“We had a power outage earlier during the year in Royal Oak and we used it to run a refrigerator and some of the smaller appliances things like that,” Thiruvengadam said.

Non hybrid F-150s are also available with less powerful generator features, while Ford has started to advertise the upcoming all-electric F-150 Lightning’s ability to power an entire home during a power outage and will be selling an accessory for it to make it easy to do that.