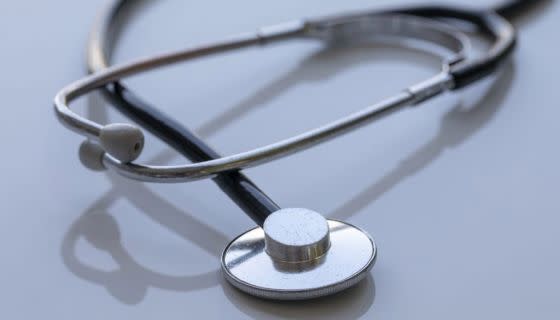 Louisiana Officer Dies From COVID-19 A Day Before Wedding

As the Delta Variant continues its harrowing surge across the U.S., millions of families are experiencing heartbreaking loss as a result. Demarcus Dunn, a police lieutenant based in Baker, Louisiana, passed away from COVID-19 one day before he was set to walk down the aisle with his fiancée. Now the family is mourning his unexpected death, thegrio reported.

Demarcus’ cousin Carl Dunn told ABC News that the couple originally scheduled their wedding for July of last year but were forced to push back their big day because of the pandemic. Carl revealed that Damarcus, who was a father of three children, was unvaccinated. The family was shocked as they weren’t aware.

“It was disturbing to me that he hadn’t gotten it [the vaccine] and I didn’t know for sure he hadn’t gotten it ’til it was all over with,” Carl Dunn told the outlet, noting that the police department didn’t require officers to become inoculated against the virus.

Demarcus initially tested positive for COVID on July 29, as he complained of having the virus’ key symptoms which include headache, cough, and difficulty breathing. Carl mentioned that his cousin still sounded upbeat and in good spirits. Demarcus continued to remain positive even when he was placed on a ventilator on August 10.

“I talked to him that morning, and he told me that he wasn’t feeling bad,” Carl recalled. Three days later, Demarcus passed away.

Lt. Dunn was a former Air Force Veteran who coached and mentored local children in his free time. The 36-year-old always stressed the importance of being a positive male role model as his father was killed during his childhood.

Demarcus’ fiancée is “lost without him,” Carl said.

Demarcus was laid to rest on August 20, and the Mayor of Baker, Darnell Waites, issued a heartfelt eulogy following his passing writing:

“He was a father, husband, soldier, mentor, friend, and veteran Baker police officer — a man loved by all,” Waites said. “His life spent dedicated in service to others was a shining example for our community.”

Our prayers are with the family during this difficult time.