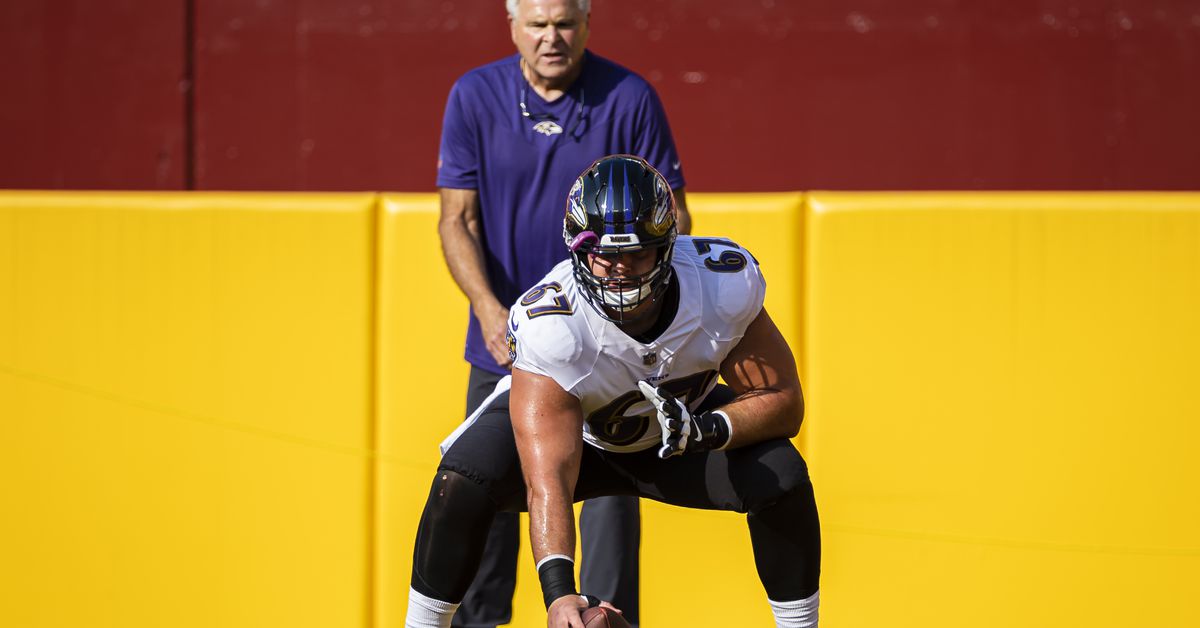 Adam Schefter of ESPN is reporting that the New York Giants are trading for Baltimore Ravens guard Ben Bredeson.

The Ravens selected Bredeson out of Michigan in the fourth round of the 2020 NFL Draft. Bredeson was a four-year starter at left guard for the Wolverines, but didn’t start any of the 10 games in which he played as a rookie in Baltimore.

Bredeson isn’t a great athlete and has short arms, but is a powerful blocker with great play strength to anchor against interior rushes and block for runs between the tackles. He took snaps at center at the 2020 Senior Bowl and reportedly practiced at all five positions for the Ravens.

In my 2020 scouting report for Bredeson I wrote:

Ben Bredeson has the upside to be a potential starter at the NFL level, but his short arms could fall below minimum thresholds for some teams. Despite his physical and athletic limitations, Bredeson is a capable blocker in both pass protection and run blocking. He is experienced and works to overcome his limitations with good technique and aggressive play. He will usually win the rep when he wins the initial battle, and usually has a chance to re-anchor if he doesn’t win right away. He is a bulldog of a blocker and coaches will love that he is frequently seen as the last player to disengage from his defender and consistently gives the final shove.

He has the versatility to play in a variety of blocking schemes, but teams should recognize his athletic limitations and not ask him to play in space often.

Here is the full trade:

Giants get: Chiefs’ 5th-round pick acquired in the Orlando Brown trade, a 7-th round pick in ‘23 and former Ravens’ guard Ben Bredeson.

News is breaking fast and furious today, so stay with Big Blue View as we get and break down all of the Giants’ moves in shaping their 2021 roster.