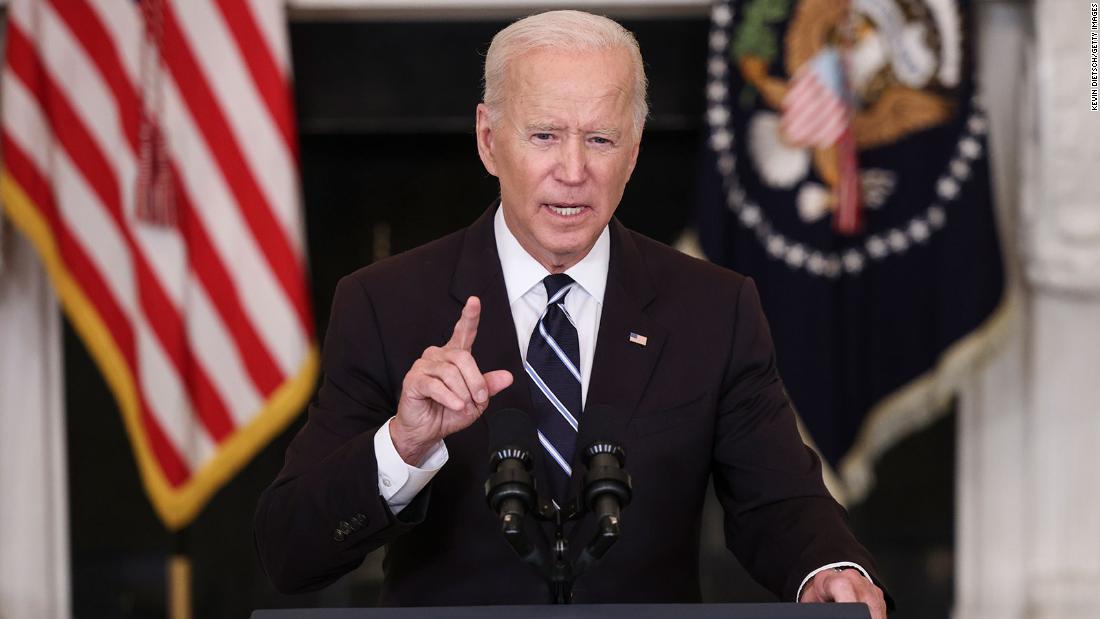 Those are only a handful of the vile attacks directed at President Biden on Fox News Thursday night following his address to the nation announcing sweeping new vaccine mandates. Biden’s move has prompted an all-out declaration of war in right-wing media. While he is getting a fair amount of praise from mainstream sources, with some analysts even saying he still did not go far enough, the reality is entirely different in the media consumed by the individuals Biden actually needs (and has tried) to persuade.

It is difficult to overstate the degree to which right-wing commentators are slinging venom at Biden, the White House, and public health officials following the speech. I pay close attention to these corners of the media ecosystem and it is as bad as I have ever seen it.

“BIDEN IS AN AUTHORITARIAN,” a banner on Fox declared. “BIDEN DECLARES WAR ON MILLIONS OF AMERICANS,” yet another Fox banner read. “FULL TOTALITARIAN,” Breitbart’s homepage splash screamed. The far-right, but mass consumed, Gateway Pundit ripped the “Biden regime” for its “tyrannical mandates.” The Federalist described it as a “fascist move.” On and on it went…

This can’t be ignored

I know there is a temptation to just ignore these talkers. To tune them out. To pretend they don’t exist. But their language — which essentially characterizes Biden and public health officials as evil tyrants — is key to understanding why so many Americans are not protecting themselves with a vaccine.

Huge communities of Americans are being lied to and misinformed by bad-faith media personalities and politicians who seek profit and power. And when you understand the nastiness of the rhetoric being spewed to these communities, you also understand that nothing Biden or Dr. Anthony Fauci or any public health official can say will win them over. Nothing.

Which I imagine is the conclusion Biden and his administration have drawn. As Biden said in his speech, “We’ve been patient, but our patience is wearing thin, and your refusal [to get vaccinated] has cost all of us.” Steve Schmidt put it this way on MSNBC: “We live in an age of misinformation and an age of insanity — and enough is enough is enough. Reality is reality and it is time to end the B.S.”

Bad faith nonsense has saturated right-wing media and the GOP. One key argument I’ve seen put forward is that Biden should not mandate vaccines, but simply articulate why they are needed so that people can come to the decision on their own. Republican Rep. Dan Crenshaw, a right-wing media star and proponent of this strategy, summed it up like this, “The right path is built upon explaining, educating, and *building* trust, including explaining the risks/benefits/pros/cons in an honest way so a person can make their own decision.”

But that has proven not to be a viable option when Republican politicians and the media sources trusted by conservatives poison the waters. It is as if politicians and pundits like Crenshaw are living in an alternate world in which the top-rated cable hosts are not peddling anti-vaccine rhetoric.

>> Speaking of bad faith: I was struck at how shameless Sean Hannity was on his show Thursday night, saying about the Biden admin, “They created Covid hesitancy. They did this!” Uh, really Sean?

Brian Stelter writes: “Reading Darcy’s recap of Thursday’s coverage, two things come to mind. First: The crazed reactions to Biden are about feelings, not facts. The most popular links on the right-wing web aren’t to news stories, they’re to opinion pieces. Second, I’m reminded of what Nicco Mele wrote earlier this week. His ‘Rule 1’ is that ‘it will get crazier.’ If the Biden era seems calm to you, ‘rest assured,’ he says, ‘it will get crazier.’ One of the reasons why: ‘There are two media eco-systems in this country, standing side-by-side.’ Thus, rule 1 remains in effect…”

During his speech, Biden called out Fox News for its vaccine hypocrisy — but I thought what he said was slightly misleading. Biden said that many companies are requiring employees to get vaccinated or submit to weekly tests. He held up Fox as an example of this, leading some people to incorrectly say that Fox has a vaccine mandate.

That’s not true. Fox does not have a vaccine mandate. Fox has required employees to report their vaccination status to the company. Fox has its own version of a vaccine passport which gives special privileges to those who have reported they are vaccinated. And Fox does require some essential employees get tested weekly, regardless of if they are vaccinated. But Fox News does not have an actual vaccine mandate, which is important to point out.
By admin