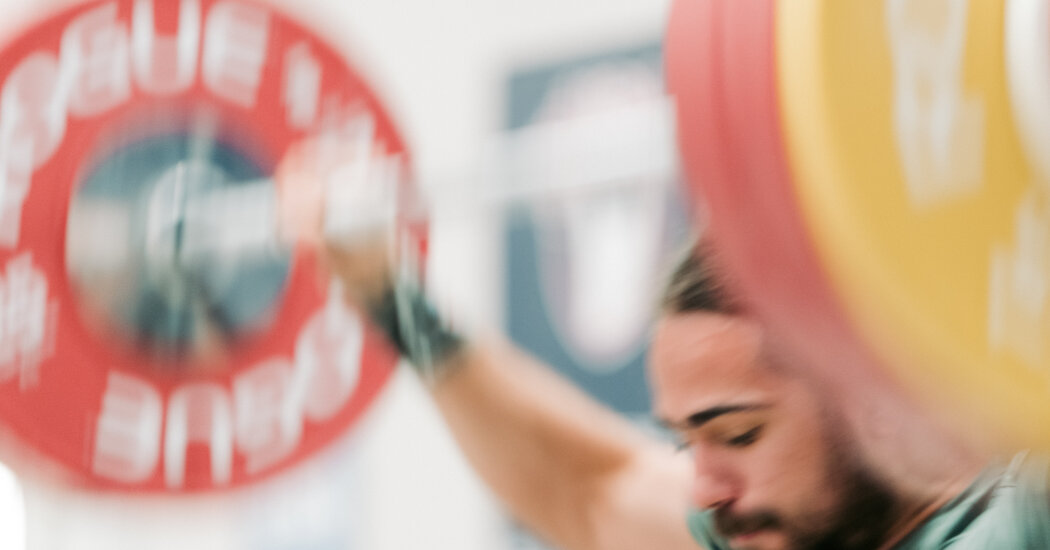 TOKYO — It is the travel version of a weight lifting attempt: months of preparation, a few moments to set oneself, a brief burst of all-out effort and, hopefully, a winning result.

The Tokyo Games have been a logistical nightmare for athletes and their coaches from around the world. In a typical year, Olympic teams and athletes show up in the host country weeks in advance to become acclimated. This year, the coronavirus — and Japanese health regulations — created an array of hurdles.

Overcoming them became its own Olympic sport. Come a few weeks early, or arrive at the last minute? Train and travel on a single schedule, or tailor schedules for each athlete? For weight lifters in the United States, the answer has led to an unusual itinerary for their visits to Japan: Call it a sporting surgical strike.

“We looked at the logistics of how difficult it was to get people into the country, and the paradigm was fairly stifling,” said Mike Gattone, the head coach of the U.S. Olympic weight lifting team. “So we started to look at how close could we get to adapt and spend time together, and would also allow family and friends to take part.

“All of that led us to Hawaii.”

To limit the disruptions, and create what they believe is an environment conducive to Olympic success, the U.S. team set up a training camp at the beginning of July in Honolulu, an eight-hour flight from Japan. There, lifters have been training, but on Tokyo time, which is 19 hours ahead. Jeffrey Durmer, a neurologist who is the team’s sleep expert, created schedules for the athletes that include sleeping late and working out into the night to simulate being in Tokyo.

It is the next step that is the real test. Rather than fly together to the Games, as the team would have in a normal year, American lifters have been going to Japan in ones and twos based on the date of their competition. Once on the ground, lifters finish their events in only a few hours and fly home the next day. No one will be waiting around for the closing ceremony.

Instead of a large entourage, the lifters are joined on the Olympic portion of their journey only by a personal coach and two team coaches. They communicate with their nutritionists, sports psychologists and supporters by phone or videoconference, and rely on other specialists from the U.S. Olympic team in the brief window when they are on the ground in Japan.

Durmer, who has also worked as a sleep specialist for N.F.L. teams, said he started the lifters on their sleep protocols even before they arrived in Hawaii from their homes around the country. He tailored each athlete’s schedule based on when he or she was expected to compete.

“Some are sleeping later, eating later, so when they get to Tokyo, they’re ready,” he said.

Durmer has provided the athletes with blackout shades for their rooms, sleep masks, sound machines that produce white noise, chamomile tea and small amounts of melatonin — the so-called hormone of darkness — to make sure they get enough rest. “If you look at sleep, it’s the fundamental that everything else is built on,” he said. “If you didn’t eat, you’d feel bad, and if you didn’t sleep, it’d wreck everything.”

A little extra sleep, he said, “can bolster psychological abilities, so when you step up the bar, you have a positive sense of what you can do, versus being tired.”

For team officials and doctors, the challenge is keeping the athletes from enjoying Hawaii too much. They can sit by the pool, but are encouraged to stay out of the sun. They are told to limit the use of electronic devices before bed. Family and friends are allowed to visit sparingly, if at all.

Jourdan Delacruz, who competes in the 49-kilogram category (about 108 pounds), flew to Hawaii from Georgia and gradually stayed up later into the night to begin her transition to Japanese time, eventually waking up as late as 11 a.m. She was the first athlete to fly to Japan, too, arriving on July 18, less than a week before she competed on Saturday. Her family had planned to travel to Tokyo, but then decided to meet her in Hawaii on Sunday, when she was to return to Honolulu.

“Not only is it my first Olympics, so I don’t know the Olympic experience, but it’s occurring during the pandemic, so there are other unique circumstances,” Delacruz said in an interview in early July.

On Saturday, Delacruz nailed her first two lifts in the snatch portion of the program, but failed at her third attempt at 89 kilograms (about 196 pounds), good enough for third out of eight lifters in her group. In the clean-and-jerk portion, though, she failed to complete all three of her attempts at 108 kilograms (almost 240 pounds). Just like that, her Olympics, and her trip, were over.

“I feel like looking back I’ve put everything I have out there,” Delacruz said about her preparation and ultimate result. “Sometimes, things like this just happen.”