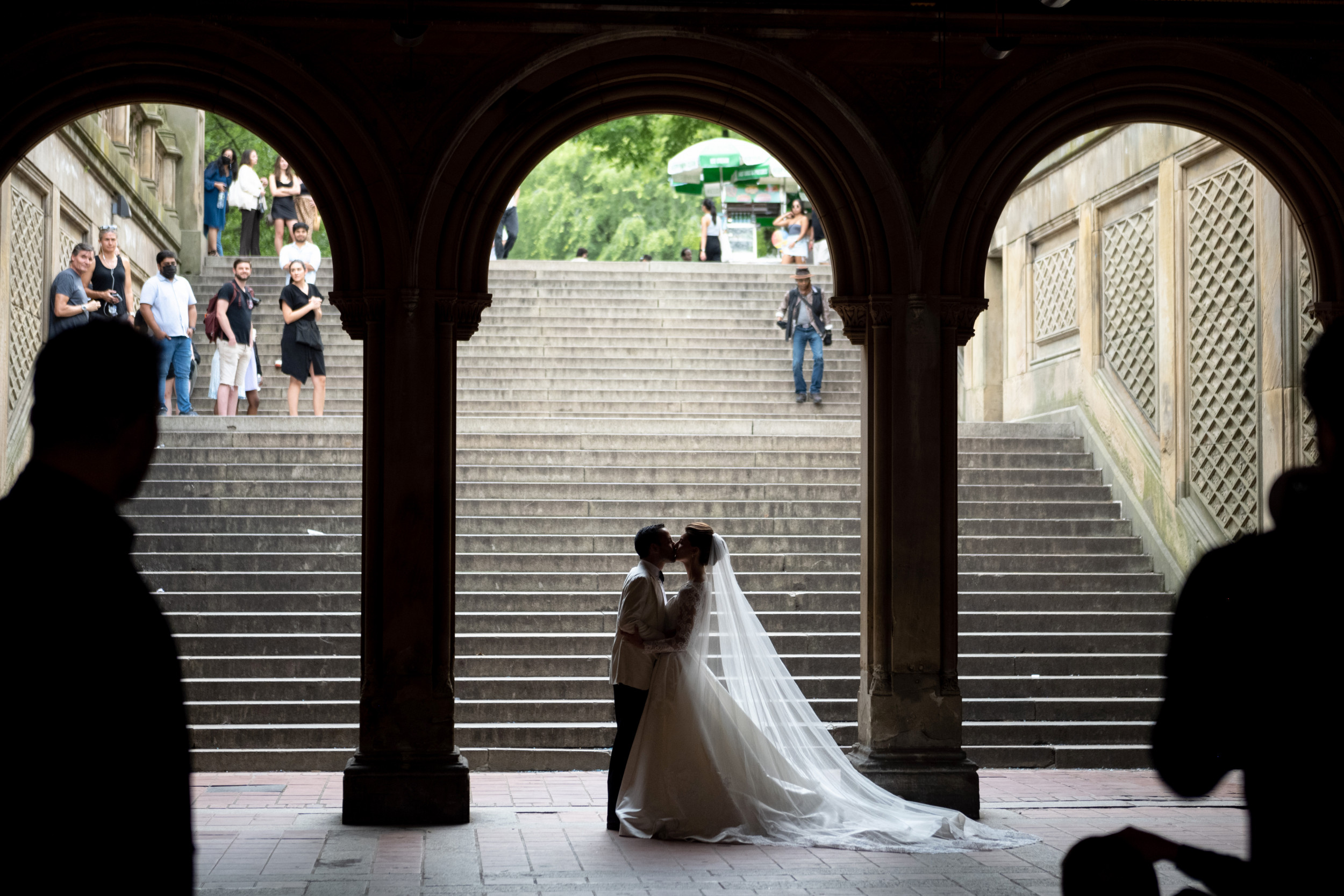 One bride’s recent post on the Subreddit “Am I the A**hole?” about a disagreement between herself and her fiancé caused online discourse in regards to proper wedding etiquette.

The poster said she did not want the groom’s grandmother at the reception because she would be too out of place due to “the dancing, loud music and an open bar.”

“We’ve agreed to not have kids at our wedding, as we want the reception to be a huge party for your adult friends and family with dancing, loud music and an open bar,” the user, Legitimate_Scar_8747 wrote. “However, for precisely the same reasons that we don’t want kids there, I don’t want his elderly grandmother at our wedding either.”

The Reddit user explained that her fiancé’s grandmother was invited to the ceremony, but did not want her at the reception because she envisioned it would be a “party atmosphere, and she will be extremely out of place.”

Wedding etiquette can vary, but when building a guestlist, WeddingWire recommended some of the first people to include on the list are immediate family. That means parents, siblings, grandparents, as well as siblings’ spouses and children.

The article noted that relationships between family and friends are different for everyone and it’s important to be surrounded by the people who love and support the couple on their wedding day.

The post did not imply a strenuous relationship, and the bride wrote that her fiancé’s grandmother said, “she always dreamed about being at her grandson’s wedding.”

“I said that she’s more than welcome at the ceremony, but she will just be too out of place at the reception,” the bride wrote.

Kim Forrest, the senior editor at WeddingWire, said part of wedding planning is about showing gratitude and appreciation for family members and friends.

“Instead of being concerned that Grandma will ‘kill the vibe,’ try reframing the situation,” Forrest told Newsweek. “You’re so fortunate that your spouse’s grandmother is able to attend your big day; there are many couples that would give anything to have that privilege with their beloved grandparents.”

She said it was also important to remember that this is a time for partners to build a solid relationship with their future in-laws. In addition to having the groom’s grandmother at the wedding, Forrest said the couple should make sure she’s comfortable.

“It’s pretty likely that she’ll end up leaving the event early, so you can have that ‘party atmosphere’ you’re envisioning, or you can opt to throw an after-party,” she said.

Another article from brides.com had a list of questions couples should ask themselves when getting their guest list ready for the big day. Some of these questions included whether potential guests were positive influences, when the last time they saw the potential guest and whether they spent big life events together.

Since posting on Tuesday morning, the jury on Reddit came to the conclusion that the bride was wrong for wanting to bar her fiancé’s grandmother from their wedding reception.

The post made its way to Twitter where it received more than one thousand replies, most of them in line with what was said on Reddit.

“My wife’s grandmother was 92 at our wedding and having her there was a priority (she also had a great time). This [fiancé] sucks,” wrote one Twitter user.

“To the groom: CALL IT OFF, NOW,” one Twitter user wrote.

This is not the first time Reddit weighed in on wedding planning. Newsweek previously reported on a bride who asked locals to not use a public wooded area where her wedding was going to be held.

Newsweek reached out to Legitimate_Scar_8747 but did not hear back before publication.