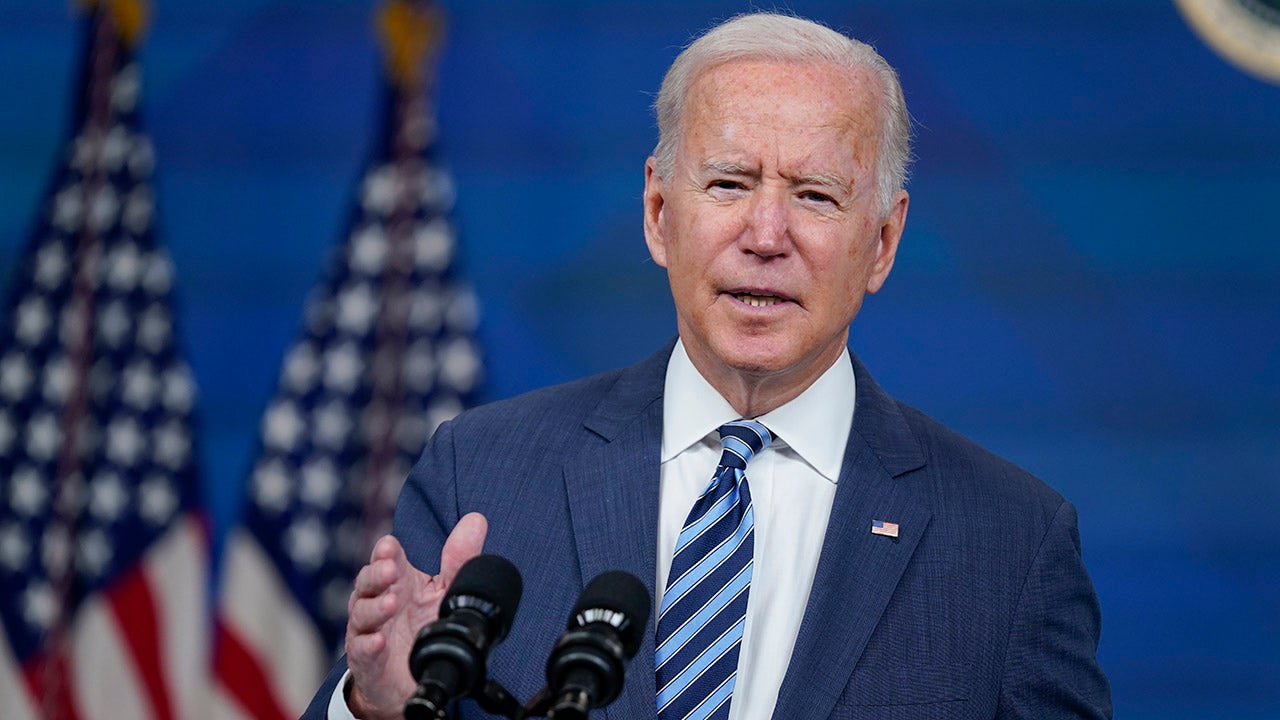 President Biden appeared to get a bit confused Thursday when recalling his daughter’s wedding during a virtual event to celebrate the start of the Jewish High Holidays.

While much of the event focused on recent anti-Semitic attacks, Afghanistan, and the hope for renewal, the Roman Catholic president ended his remarks by calling for religious collaboration down the road, pointing to his daughter Ashley’s 2012 marriage to Jewish doctor Howard Krein.

The president then talked about his favorite Catholic hymn that he requested be played at the wedding.

“And it says, ‘May He lift you up on Eagle’s wings and bear you on the breath of dawn, and let the light shine upon you,’ et cetera, and — ‘and hold you in the palm of his hand.’ And they played and … I’m my mind is going blank now.  What’s the song that is played where everybody is on the chair?” Biden added.  “I can’t remember it. Anyway. And that’s the song that was played.”

During the same event, Biden also told Jewish leaders that he spent time at the Tree of Life synagogue in Pittsburgh after the October 2018 massacre left 11 people dead.

“I remember spending time at the, you know, going to the, you know, the Tree of Life synagogue, speaking with them,” Biden said in the virtual address.

But Barb Feige, executive director of the Tree of Life since July 2019, told the New York Post that Biden didn’t visit the synagogue in the years after the attack.

Last year, the president issued a statement on the second anniversary of the attack, saying “When anti-Semitism is allowed to fester, it shreds the fabric of our communities and erodes our soul,” according to the paper.